Koiora
Council would like to see the region’s native plants and animals protected, and areas where they thrive connected.

Council would like to see the region’s native plants and animals protected, and areas where they thrive connected.

Many of the most precious natural areas in Nelson are found on private land, with invasive pest plants and animals often the biggest threat to their future.

Community feedback from November 2015 about the Nelson Plan review, made it clear people wanted the Council to provide owners with more assistance to protect these areas.

The Council has committed to working closely with owners to address the threats pests pose to these special areas of native bush, wetlands and coastal margins through its 10 year Nelson Nature project.

The Council is also legally obliged to include measures to protect areas of significant indigenous vegetation and significant habitats of indigenous fauna, from loss through clearance, for example.

We’re currently talking to owners of recognised or potentially significant natural areas, offering the chance to meet and provide feedback on their values and preferences for assistance and protection.

As a result of that feedback, the Council will decide how to identify significant natural areas in the final Nelson Plan. The plan will also include provisions to protect freshwater and marine ecological values, and enhance the biodiversity corridors that connect the mountains to the sea.

The release of genetically modified organisms (GMOs) into the environment could have an adverse effect on Whakatū Nelson’s biodiversity values. Nelson City Council declared itself genetic engineering free in 2001, and could possibly control field-based trialling and release of GMOs in the Nelson Plan.

Does this draft RPS section on Biodiversity miss any significant resource management issues? Is Council responding appropriately to the issues related to biodiversity?

Download the Biodiversity chapter of the Draft RPS (1.5MB PDF) 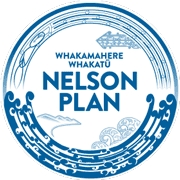